It’s no secret that alcohol consumption can cause major health problems, including cirrhosis of the liver and injuries sustained in automobile accidents. But if you think liver disease and car crashes are the only health risks posed by drinking, think again: Researchers have linked alcohol consumption to more than 60 diseases. 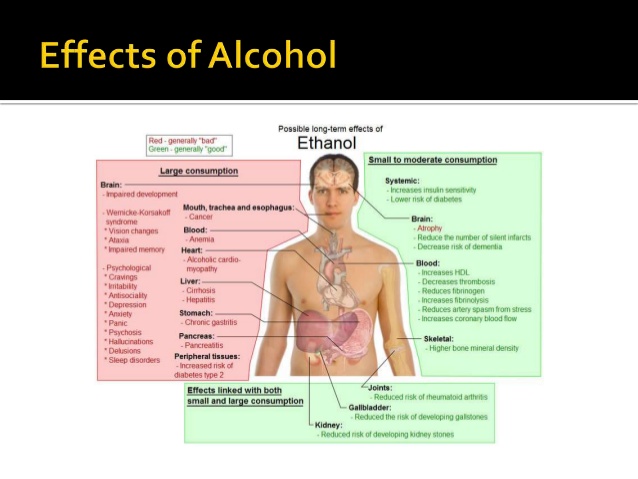 Heavy drinking can cause the number of oxygen-carrying red blood cells to be abnormally low. This condition, known as anemia, can trigger a host of symptoms, including fatigue, shortness of breath, and lightheadedness.

“Habitual drinking increases the risk of cancer,” says Jurgen Rehm, PhD, chairman of the University of Toronto’s department of addiction policy and a senior scientist at the Centre for Addiction and Mental Health, also in Toronto. Scientists believe the increased risk comes when the body converts alcohol into acetaldehyde, a potent carcinogen. Cancer sites linked to alcohol use include the mouth, pharynx (throat), larynx (voice box), esophagus, liver, breast, and colorectal region. Cancer risk rises even higher in heavy drinkers who also use tobacco.

Heavy drinking, especially bingeing, makes platelets more likely to clump together into blood clots, which can lead to heart attack or stroke. In a landmark study published in 2005, Harvard researchers found that binge drinking doubled the risk of death among people who initially survived a heart attack.

Heavy drinking can also cause cardiomyopathy, a potentially deadly condition in which the heart muscle weakens and eventually fails, as well as heart rhythm abnormalities such as atrial and ventricular fibrillation. Atrial fibrillation, in which the heart’s upper chambers (atria) twitch chaotically rather than constrict rhythmically, can cause blood clots that can trigger a stroke. Ventricular fibrillation causes chaotic twitching in the heart’s main pumping chambers (ventricles). It causes rapid loss of consciousness and, in the absence of immediate treatment, sudden death.

Alcohol is toxic to liver cells, and many heavy drinkers develop cirrhosis, a sometimes-lethal condition in which the liver is so heavily scarred that it is unable to function. But it’s hard to predict which drinkers will develop cirrhosis. “Some people who drink huge amounts never get cirrhosis, and some who don’t drink very much do get it,” Saitz says. For some unknown reason, women seem to be especially vulnerable.

As people age, their brains shrink, on average, at a rate of about 1.9% per decade. That’s considered normal. But heavy drinking speeds the shrinkage of certain key regions in the brain, resulting in memory loss and other symptoms of dementia.

Heavy drinking can also lead to subtle but potentially debilitating deficits in the ability to plan, make judgments, solve problems, and perform other aspects of “executive function,” which are “the higher-order abilities that allow us to maximize our function as human beings,” Garbutt says.

In addition to the “nonspecific” dementia that stems from brain atrophy, heavy drinking can cause nutritional deficiencies so severe that they trigger other forms of dementia.

It’s long been known that heavy drinking often goes hand in hand with depression, but there has been debate about which came first — the drinking or the depression. One theory is that depressed people turned to alcohol in an attempt to “self-medicate” to ease their emotional pain. But a large study from New Zealand showed that it was probably the other way around — that is, heavy drinking led to depression.

Research has also shown that depression improves when heavy drinkers go on the wagon, Saitz says.

Heavy drinking can cause epilepsy and can trigger seizures even in people who don’t have epilepsy. It can also interfere with the action of the medications used to treat convulsions.

A painful condition, gout is caused by the formation of uric acid crystals in the joints. Although some cases are largely hereditary, alcohol and other dietary factors seem to play a role. Alcohol also seems to aggravate existing cases of gout.

Alcohol can disrupt the sympathetic nervous system, which, among other things, controls the constriction and dilation of blood vessels in response to stress, temperature, exertion, etc. Heavy drinking — and bingeing, in particular — can cause blood pressure to rise. Over time, this effect can become chronic. High blood pressure can lead to many other health problems, including kidney disease, heart disease, and stroke.

Heavy drinking suppresses the immune system, providing a toehold for infections, including tuberculosis, pneumonia, HIV/AIDS, and other sexually transmitted diseases (including some that cause infertility). People who drink heavily also are more likely to engage in risky sex. “Heavy drinking is associated with a three-fold increase in the risk of contracting a sexually transmitted disease” .

Heavy drinking can cause a form of nerve damage known as alcoholic neuropathy, which can produce a painful pins-and-needles feeling or numbness in the extremities as well as muscle weakness, incontinence, constipation, erectile dysfunction, and other problems. Alcoholic neuropathy may arise because alcohol is toxic to nerve cells, or because nutritional deficiencies attributable to heavy drinking compromise nerve function.

In addition to causing stomach irritation (gastritis), drinking can inflame the pancreas. Chronic pancreatitis interferes with the digestive process, causing severe abdominal pain and persistent diarrhea –and “it’s not fixable,” Saitz says. Some cases of chronic pancreatitis are triggered by gallstones, but up to 60% stem from alcohol consumption.

Caring for Your Feet

There are many things you can do to keep your feet healthy.

To lose weight, most people need to reduce the number of calories they get from food and beverages (energy IN) and increase their physical activity (energy OUT).

Very low calorie diets of fewer than 800 calories per day should not be used unless you are being monitored by your doctor.

How to Use Your Inhaler

How to Use a Metered-Dose Inhaler “Puffer”
A metered-dose inhaler, called an MDI for short, is a pressurized inhaler that delivers medication by using a propellant spray.

To use an MDI:

If you need a second puff, wait 30 seconds, shake your inhaler again, and repeat steps 3-6. After you’ve used your MDI, rinse out your mouth and record the number of doses taken.

Store all puffers at room temperature

What causes anemia during pregnancy?

Your body uses iron to make hemoglobin, a protein in the red blood cells that carries oxygen to your tissues. During pregnancy, your blood volume expands to accommodate changes in your body and help your baby make his or her entire blood supply — doubling your need for iron. If you don’t have enough iron stores or get enough iron during pregnancy, you could develop iron deficiency anemia.

How does anemia during pregnancy affect the baby?

Iron deficiency anemia during pregnancy might increase the risk of a preterm delivery or a low birth weight baby.

What are the risk factors for anemia during pregnancy?

You are at increased risk of developing anemia during pregnancy if you:

What are the symptoms of anemia during pregnancy?

Keep in mind that some anemia symptoms can be similar to general pregnancy symptoms.

Regardless of whether or not you have symptoms, you’ll have a blood test to screen for anemia during your first prenatal visit and usually once more during the course of the pregnancy. In addition, if you’re concerned about your level of fatigue or any other symptoms, consult your doctors.

How can anemia during pregnancy be prevented and treated?

Prenatal vitamins typically contain iron. Taking a prenatal vitamin that contains iron can help prevent and treat anemia during pregnancy. In some cases, your doctor might recommend a separate iron supplement. During pregnancy, you need 27 milligrams of iron a day.

The iron from animal products, such as meat, is most easily absorbed. To enhance the absorption of iron from plant sources and supplements, pair them with a food or drink high in vitamin C — such as orange juice, tomato juice or strawberries. If you take iron supplements with orange juice, avoid the calcium-fortified variety. Although calcium is an essential nutrient during pregnancy, calcium can decrease iron absorption.

How is anemia during pregnancy treated?

If you are taking a prenatal vitamin that contains iron and you are anemic, your doctor might recommend testing to determine other possible causes. In some cases, you might need to see a doctor who specializes in treating blood disorders (hematologist). If the cause is iron deficiency, additional supplemental iron may be suggested. If you have a history of gastric or small bowel surgery or are unable to tolerate oral iron, you might need intravenous iron administration. 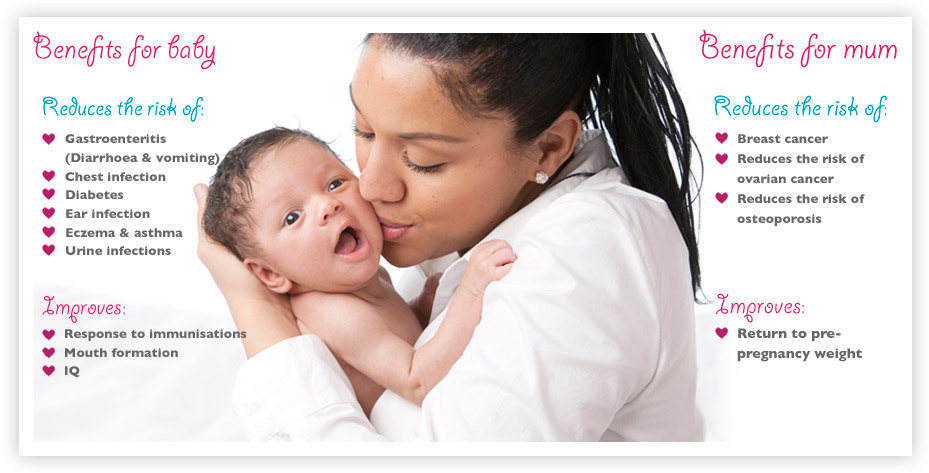 Health benefits of breastfeeding for your baby:

Any amount of breastfeeding has a positive effect. The longer you breastfeed, the longer the protection lasts and the greater the benefits.

Health benefits of breastfeeding for mother:

Breastfeeding doesn’t only benefit your baby. It benefits your health too. Breastfeeding is good for mother as it:

Exclusive breastfeeding can also delay the return of your periods. 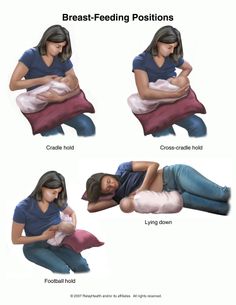 Developement Stage of a Child

What are some common complications of pregnancy?

Getting early and regularprenatal care can help decrease the risk for problems by enabling health care providers to diagnose, treat, or manage conditions before they become serious.

Some common complications of pregnancy include, but are not limited to:

High blood pressure, also called hypertension, occurs when arteries carrying blood from the heart to the body organs are narrowed. This causes pressure to increase in the arteries. In pregnancy, this can make it hard for blood to reach the placenta, which provides nutrients and oxygen to the fetus. Reduced blood flow can slow the growth of the fetus and place the mother at greater risk of preterm labor and preeclampsia.

Gestational diabetes occurs when a woman who didn’t have diabetes before pregnancy develops the condition during pregnancy.

Preeclampsia is a serious medical condition that can lead to premature delivery. Its cause is unknown, but some women are at an increased risk. Risk factors include

Preterm labor is labor that begins before 37 weeks of gestation. Any infant born before 37 weeks is at an increased risk for health problems, in most cases because organs such as the lungs and brain finish their development in the final weeks before a full-term delivery (39 to 41 weeks).

Miscarriage is the term used to describe a pregnancy loss from natural causes before 20 weeks. Signs can include vaginal spotting or bleeding, cramping, or fluid or tissue passing from the vagina. However, bleeding from the vagina does not mean that a miscarriage will happen or is happening. Women experiencing this sign at any point in their pregnancy should contact with the doctor.

The loss of pregnancy after the 20th week of gestation is called a stillbirth. In approximately half of all reported cases, doctors can find no cause for the loss. However, health conditions that can contribute to stillbirth include chromosomal abnormalities, placental problems, poor fetal growth, chronic health issues of the mother, and infection.

What are some common signs of pregnancy?

The primary sign of pregnancy is missing a menstrual period or two or more consecutive periods, but many women experience other symptoms of pregnancy before they notice a missed period.

Missing a period does not always mean a woman is pregnant.Menstrual irregularities are common and can have a variety of causes,including taking birth controll pills,conditions such as diabetis and polycystic ovary syndrome, eating disorders, excessive exercise, and certain medications. Women who miss a period should visit her doctor to find out whether they are pregnant or whether they have a specific health problem.

Pregnancy symptoms vary from woman to woman. A woman may experience every common symptom, just a few, or none at all. Some signs of early pregnancy include 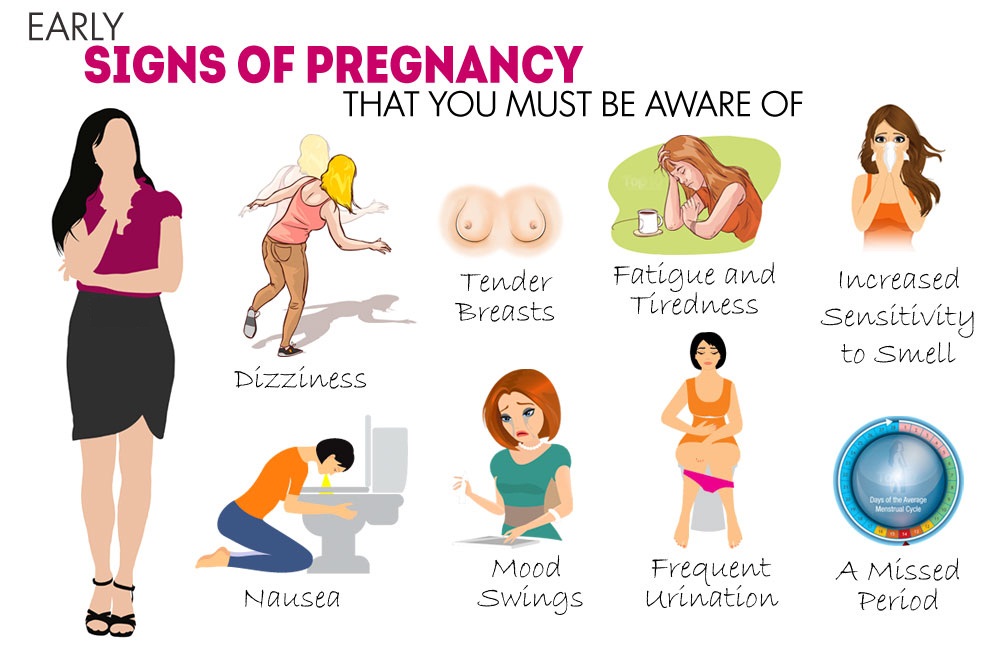 Many of these symptoms can also be a sign of another condition, the result of changing birth control pills, or stress, and thus they do not always mean that a woman is pregnant. Women should visit her doctor if they suspect they are pregnant.